Thoughts on the movie, SPOTLIGHT, Silence & Cover-ups [x-post from MichaelSkinner.com] 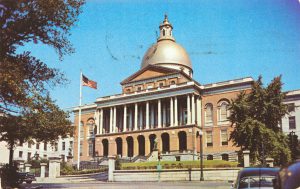 Last month, I was invited to participate in a podcast called “A Sickness of Silence,” part of an ongoing series of roundtable discussions involving survivors of child abuse and various experts on the topic.

After reading his powerful comments, I asked his permission to cross-post his blog, and he graciously agreed. I appreciate his generosity of spirit and expect that others will as well.

Thoughts on the movie, SPOTLIGHT, Silence & Cover-ups,
by Michael Skinner

I saw the movie Spotlight over the weekend and I hope to convey the power and the importance of what I witnessed in watching this film. The movie focuses on the Boston Globe newspaper and the reporters and editors who undertook the daunting task of exposing the cover-up of priests who had been sexually abusing children for years. I would encourage everyone to please see this movie and share the news with everyone you know.

It is a gripping film and I was easily drawn into the raw emotions that are displayed when the survivors share parts of their experiences with the reporters. This was also a roller-coaster ride of feelings and swirling thoughts, memories and images of my own abuse in a church setting, a Congregational Church.

There is a lot that I could share, about my experiences of being abused in a church setting by self-proclaimed “Christians” and how this impacted my life, especially given the fact that it was my Bible quoting mother who fed me to these lions, but that is for another day. I only mention this to draw attention to the simple reality, that it is not only the Catholic Church that has been in denial and complicit in the cover-up of children being sexually abused by its clergy and church-going members. I know of survivor advocates who speak out on sexual abuse in synagogues, the Mormon Church, Jehovah’s Witnesses, etc. Unfortunately, childhood sexual abuse occurs in every religion.

My efforts to share about this movie in a simple blog piece are anything but simple for me. The main gist of this article is to encourage folks to see the movie, but it is hard to concentrate in this endeavor as my own experiences of abuse by members of a church are flooding my thoughts, front and center. So perhaps, I am am meant to share that as well, I don’t know. I’m all for speaking out and exposing the truth, but darn, it can still be so damn hard to do.

A few words to help clear the air and ask for your understanding of why these things still reverberate in one’s soul, even decades later. Both of my parents sexually abused me and what complicated my growing up and trying to make sense of something that made no sense, was this. My mother belonged to a pedophile ring that was part of this Congregational Church, so there were some prominent members of the community taking part in their deprivation upon me, my brother David and other children. The pastor was involved and my memory is hazy, but I do remember a priest being there. They quoted scripture during the abuse.

My father’s circle of ‘friends‘ were also morally corrupt, but they represented the darker side of life, they were thugs involved in low level crimes. There were also a few crooked cops in the group, one of whom had been thrown off the force for brutality. They joked about his removal from the police force like a badge of honor. My father had a legitimate job taking care of the plumbing, the water softener, the electrical and maintenance needs for a large real estate company in Cambridge, MA; also, he was the guy who came to see you, if you owed money on a gambling debt or loan-sharking, back then he was known as a “leg-breaker”. He shared with me, some of his exploits in hurting other human beings to collect money. As a young boy, I could not make sense of why he would brag to me about hurting people.

My parents pedophile groups operated independently of one another, but they shared some characteristics – they abused children and there was silence and complicity by others in maintaining their perverse secrets.

I don’t knock anyone’s faith or belief system, what I question, is the denial and the secrecy so many will go to in order to hide the abuse that still goes on today. That fuels my anger and this movie makes it perfectly clear, that it was the cover-ups for these pedophile priests and moving them from parish to parish, that allowed for the abuse of so many children. The complicity and the secrecy of the church hierarchy and others, that allowed for this nightmare to continue, causing the destruction of so many vulnerable human beings from the abuse, is appalling.

“The only thing necessary for the triumph of evil is for good men to do nothing.”

For those involved in the mental health world of treatment, suicide and substance abuse, this movie is crystal clear in connecting those dots and the devastation wrought by childhood sexual abuse. That too angers me, the denial by so many in the mental health world, of the impact of this trauma and abuse upon one’s psyche and spirit. Sadly, I see this same mentality of looking the other way among peers in our community, this includes child abuse in any form, not just sexual abuse. Many people will embrace their bipolar, depression, schizophrenia, substance abuse diagnosis, etc, but will not connect the dots to where these mental health issues may have its roots. Please note, “may have its roots”, I do not claim that every mental health or substance abuse problem or suicide is caused by childhood sexual abuse or child abuse, but I do believe it is a major reason why 90% of those receiving services at mental heath centers are known to have experienced trauma in their lives. A major portion of that ‘trauma‘ stems from child abuse and neglect.

I am grateful to all of my friends and family members who are members of churches and organized religion, they show by their example, the power of faith and love. I am fortunate to know many pastors, priests, nuns, a few friars, rabbis and others who also show me their faith and love of human beings by their deeds. This article is not an attack on one’s religion or beliefs. I may not share the same beliefs, but we do share a love for others and I am blessed to have these folks in my life. I only want to address, the silence, secrecy, corruption and cover-ups, whether that occurs in a church, institution or in families.

“Silence is the abuser’s friend.”

I wish there were more Spotlight teams around the world to do the work that is necessary in exposing and bringing to justice those who hurt others.

Someday, I hope and pray that there is a universal recognition by society, that child abuse, in all of its forms invokes a horrible price upon the victim – children do survive the abuse, but the long term negative impact upon the mind, body and spirit is huge. I hope society will stop blaming the victim, to not minimize the devastation and the horror of child abuse and to stop telling people to, “get over it”. Trust me, we know it is in the past, we did not ask for these things to happen to us, they were done to us.

Before my life ends on this earth, I hope to see the same compassion and caring that was shown to the victims and the survivors of the Boston Marathon bombings. Millions of dollars were generated to help people – can we not do the same for the victims of child abuse and other crimes?

I hope someday to stand shoulder to shoulder in speaking out publicly with some other family members who were sexually abused by the pastor of this church. We have suffered and have lost two members of our respective families who were also abused by this man, to suicide. I lost my brother David and his words will always be with me, “there are some things you can never forgive yourself for”. He shared this with me many years ago in the psych ward of a Veteran’s Hospital, I paused and responded, ‘David, it wasn’t our fault, we were only kids‘….I wish he might have believed that, perhaps he would still be with us today.

“The world will not be destroyed by those who do evil, but by those who watch them without doing anything.” Albert Einstein

‘Spotlight’ Movie Review – Rolling Stone – “It’s these survivors who give Spotlight its beating heart. Roiling emotions are also felt among reporters who desperately want to get the story right and just as desperately want to get it first. That tension makes for an insanely gripping high-wire act and the year’s most thrilling detective story. These reporters are jittery obsessives who put their lives on hold for a story they believe in. Do they get off on it? You bet. They’re hardcore guardians of an endangered galaxy. And heroes, in my book. At times, it’s hard not to choke up, but Spotlight refuses to wallow in nostalgia. This landmark film takes a clear-eyed look at the digital future and honors the one constant that journalism needs to stay alive and relevant: a fighting spirit.”

PS While on the subject of cover-ups and secrecy, please check out the movie,

TheWhistleblower – The Whistleblower is a 2010 thriller film directed by Larysa Kondracki and starring Rachel Weisz. Kondracki and Eilis Kirwan wrote the screenplay, which was inspired by the story of Kathryn Bolkovac, a Nebraska police officer who was recruited as a United Nations peacekeeper for DynCorp International in post-war Bosnia and Herzegovina in 1999. While there, she discovered a sex trafficking ring serving [and facilitated by] DynCorp employees, with the UN’s SFOR peacekeeping force turning a blind eye. Bolkovac was fired and forced out of the country after attempting to shut down the ring. She took the story to BBC News in England and won a wrongful-dismissal lawsuit against DynCorp.

SNAP – Survivors Network of those Abused by Priests

Please share your thoughts and resources with me, thanks!!