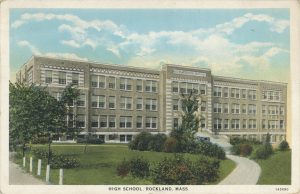 In August, International Data Corporation (IDC) predicted that 1.44 billion smartphones would be shipped in 2015, a 10.4% increase over the preceding year.

It is a safe bet that a hefty percentage of those smartphones will be tucked under a Christmas tree a week from now. Thousands upon thousands of teens (and even younger children) will either receive new smartphones to use or will be handed a used-but-still-powerful device from some luckier older teen or adult.

Given the hustle and bustle of the holiday season, it is understandable that many if not most parents will overlook or even intentionally forego a serious talk about the risks of misusing digital technology in general and mobile communication devices in particular. I have no interest in serving as a cyberGrinch, but since Santa doesn’t hang around long enough to provide thoughtful warnings, parents need to step in for him and make sure that their children truly understand the responsibilities inherent in carrying around a global publishing platform in their pocket.

This post could have been sparked by any of the cybertraps that I discuss regularly on this blog but the specific trigger was an article published yesterday morning in The Washington Post entitled “‘This is a different age’: Why schools are taking terror threats more seriously.”

As the article points out, American fear of terrorism is at its highest point in a decade, thanks in large part to recent attacks in Paris and San Bernardino (and dozens before them). There is particular concern for schools and universities, which despite recent safety improvements, have proven to be highly vulnerable to an individual armed with one or more guns.

Despite the growing concern about possible attacks on schools, there are few if any good sources of statistics about how frequently attacks are made, the percentage of threats that prove to be hoaxes, and the number of times people or property are actually harmed. (We also, of course, have a staggering lack of information about the number of guns sold in the United States, the number of households with guns, and so on. Our lack of decent statistical information about objects that kill thousands of Americans every year is a national embarrassment.)

The anecdotal evidence suggests that the number of threats communicated to school has risen dramatically over the last decade. That corresponds with two trends: a enormous increase in the percentage of teens and middle school students carrying cell phones (more and more of which are smartphones) and fear of terrorism.

Ironically, the former development has been something of a boon to law enforcement, since threats made on modern digital devices are often more easily traced than those made from pay phones a couple of decades ago. But it is still startling just how frequently minors are using digital devices to threaten violence towards schools of their classmates. A handful of examples from the last couple of months illustrate the point:

Until recently, many schools were reluctant to broadcast obvious hoaxes or take preventative action (such as closing a school) out of concern that they would inspire copycats. (“If one threat gets us a day off, how about a week?!!”) But now, as The Washington Post points out, the administrative calculus has shifted. Schools are more likely to err on the side of student safety despite the cost and inconvenience of shutting down a school or even an entire district.

When Los Angeles School District received an email on December 15 containing threats of bombs in multiple backpacks, the superintendent ordered every school in the district closed and searched. As a result, roughly 655,000 students lost a day in school, hundreds of thousands of parents were inconvenienced, and the district could lose up to $29 million in federal funds (state penalties might push the final total over $50 million). That’s a relatively minor amount for a school district with a total budget of $7.8 billion, but it’s definitely real money.

Parents have an obligation to inform their children of the potentially life-altering consequences of doing stupid, immature things with their shiny new digital devices. These include:

These talking points can and should be adjusted to the age and maturity of your new device users. If they are not old enough to understand each of these concepts, then it’s fair to ask whether they should have unmonitored access to a digital device (particularly a smartphone).