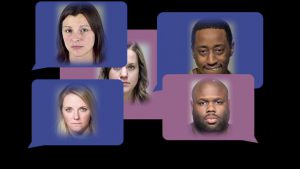 Last week, I had the pleasure of doing an interview with WITI Fox 6 News anchor/reporter Ben Handelman (@BenHandelman) about a recent spate of educator sexual assault cases that have arisen in Milwaukee area schools.

The opening of his piece lays out the scope of the problem:

MILWAUKEE — They read like many texts written by a teenager head over heels in love. “I love you.” And in response? “I love you and miss you so much.” While this text message exchange could appear to be a love story in the making, there’s a problem. The conversation involved a 16-year-old boy and his 28-year-old English teacher.

In southeastern Wisconsin, there has been a flurry of teachers charged with having sex with their teenage students.

“I have not, through the 30 years of doing sexual assault work, seen this many in a short period of time,” said Maryann Clesceri, the executive director of Aurora Health Care’s Healing Center.

Handelman goes on to describe five different educator sexual assault cases that have arisen in the area in just the last six months.

H/t to long-time friend James Lowder for forwarding several related news articles to help me prepare for the interview.