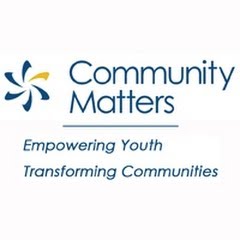 [This blog post originally appeared on the Community Matters blog. I co-authored it with Dr. Glenn Lipson, a clinical and forensic psychologist based in San Diego, CA.]

In a remarkably short time, social media has become the leading method by which teens connect, communicate, and share interests. It is crucially important for families and educators to develop and maintain an awareness of social media channels and apps. That knowledge is integral to fostering the healthy use of social media and to avoiding many of the problems that can arise, including sexting, cyberbullying, and “Facebook depression”.

In this blog we will touch on just a few areas of digital opportunity and concern. However, much more information is available online from both co-authors. Frederick Lane writes regularly on these issues in his Cybertraps book and on his “Cybertraps Blog”; Glenn Lipson is a clinical psychologist who works with both parents and their offspring and lectures frequently on these issues.

We are honored to have the opportunity to work on these issues with Community Matters, an organization that is a leader in fostering the pro-social use of smartphone apps and social media channels with K-12 students. Education and prevention — two core objectives of Community Matters — are vital tools for fostering empathy and compassion among teens, both of which play an important role in shaping what is shared and written in cyberspace.

A little over a year ago, the Pew Research Center published a report entitled “Teens, Social Media & Technology Overview 2015” that found that of the 92% of teens that go online daily, 24% described themselves as “almost constantly online.” Teens are also not making it easy for parents to monitor by limiting themselves to a single network; in fact, nearly three-quarters of teens report that they use more than one social network each day. Every form of communication now comes with multiple alternatives: the text messaging service offered by phone companies, for instance, has been overwhelmed by messaging apps like Kik or WhatsApp.

It is always important to remember the enormous benefits offered by our amazing digital technology. Social media helps tweens and teens stay in touch with each other, develop social connections and maturity, collaborate on homework, and expand their view of the world. But the risks are equally prevalent: exposure to inappropriate content, lack of understanding of privacy issues, and the potential impact and influences of third-party advertising groups that are targeting our young.

Perhaps the best-known and most pervasive risk is cyberbullying, which is generally defined as using a digital device and online service to communicate hostile, false and embarrassing information about another person. The psychological impact of cyberbullying can be profound: manifestations can include depression, anxiety, severe isolation, and in rare but tragic instances, even suicide.

Another pressing problem for parents is the phenomenon of sexting. “Sexting” is defined as sending, receiving, or forwarding a sexually explicit message or image, typically using a mobile device. Sexual exploration and flirtation are completely normal among teens, of course, but the advent of digital technology has raised some fresh and difficult challenges for parents. The most pressing concern is the fact that nude images of individuals under the age of 18 constitute child pornography under federal and most state laws. Without realizing it, many teens put their futures at risk by creating and sharing such images.

Unfortunately, software developers are not making things easier for parents either. Some apps (most notably Snapchat) boast that any photo taken by the app will vanish in seconds (but any teen can learn how to save such photos in seconds). Other apps function as a “hidden” photo vault, using an innocuous icon (such as a calculator) to mask their real purpose.

Less familiar but of growing concern is the phenomenon of “Facebook depression,” which refers to the psychological impact seen in both pre-teens and teens who spend a great deal of time on social media sites. The intensity of the online world can trigger depression and adolescence, weight gain associated with sleep disruption, a sense of social isolation and various arousal disorders.

Parenting is never easy, but there is no question that technology has made the job steadily more difficult. In another survey published by the Pew Research Center reported in January of 2016, it was revealed that parents of 13- to 17-year olds are taking a wide range of actions to monitor their teen’s online lives. The survey revealed that 61% of parents check some of the websites their teens visit, 65% have taken away cell phone or Internet privileges as a consequence, and 55% limit the amount of time their child is allowed online. The survey also found that 94% had discussed at least once the topic of appropriate Internet usage.

That last point is particularly instructive. No single conversation between parents and children will adequately educate them about the risks of online misconduct or carelessness. What is required is a commitment to maintaining ongoing communication through face-to-face conversations over the course of childhood that can help guide children towards healthy, appropriate and respectful online interactions with their peers.

We look forward to using our experience and expertise in collaboration with Community Matters in doing all we can together to assist parents and families in the vital task of helping young people be positive and responsible digital citizens.