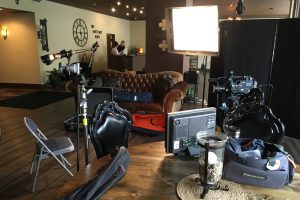 On Thursday, May 26, Good Morning America aired the latest segment in a series that it has been doing on teens and technology. Entitled “What Your Kids Don’t Want You to Know: Teens Exploited Via Technology,” the piece “examines how some teens are coerced or blackmailed into sending explicit pictures or video to a predator.”

Thanks to a referral from an unknown audience member at one of my recent lectures in New York City, I was contacted by a producer for Good Morning America and after some email conversations, was invited to do a taped interview for use in the segment.

I happened to be in Morgantown, West Virginia on a computer forensics case. ABC sent a film crew down from Pittsburgh to shoot the interview in the lobby of The Chestnut Boutique Hotel. As always, it’s amusing to see the ratio of video recorded to the amount of video actually used in an interview.

Video: What Your Kids Don’t Want You to Know: Teens Exploited Via Technology