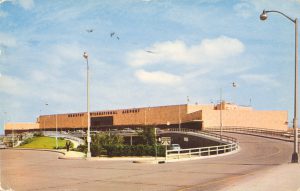 At first blush (if anyone actually does that anymore), this seemed like a fairly straightforward, technology-facilitated teacher-student boundary violation. But then the legal documents began flying …

Sex and a Guilty Plea

In May 2014, a 17-year-old student showed a cellphone video to the principal of Richard King High School in Corpus Christi, Texas. The video showed two individuals engaged in sexual intercourse; the student told the principal that the woman in the video was Tanya Ramirez, a then 30-year-old teacher (irony alert!) of Professional Communications at the school (according to her school profile, which remarkably has not been taken down, she also served as basketball and track coach). The identity of Ramirez was confirmed by the 8-inch tattoo on her back that was visible in the video. At the time of the incident, the student was not in any of Ramirez’s classes.

The incident allegedly occurred late one night near the end of the spring semester, after Ramirez and the student exchanged over 300 text messages. A friend drove the student to Ramirez’s house and waited outside while the two had sex. The student later shared the cellphone video with nearly a dozen of his friends, at least one of whom posted it (temporarily) to YouTube.

Ramirez surrendered herself to police in July 2014 and was charged with a single count of an improper relationship with a student. She was released on $10,000 bail the following morning. The charge, a second-degree felony under Texas law, carries a penalty of up to 20 years in prison and a $10,000 fine. Shortly thereafter, Ramirez was fired by the Corpus Christi Independent School District, and an investigation was launched by the Texas Education Association’s Professional Discipline Unit.

Plea negotiations took place over the summer of 2015, and by early August, reports were circulating that Ramirez would receive probation. The possibility that Ramirez might avoid jail time and keep teaching (the latter outcome being unlikely, to be fair) apprently incensed the mother of the student who took the video. She gave a number of interviews in which she told reporters that the plea deal was too lenient and that Ramirez is a “predator.” She also conceded that her son was partly at fault and that “it wouldn’t happen again.”

Ultimately, Ramirez rejected the plea deal on the grounds that it would require her to plead guilty instead of “no contest.” Not long after Ramirez rejected the plea deal, however, a local grand jury indicted her on a separate charge of an inappropriate relationship with a different student. That ultimately led to Ramirez changing her mind and accepting a plea deal earlier this month. She pleaded guilty to the charge of an improper relationship and received a sentence of seven years probation, the surrender of her teaching license, and a $4,000 fine. She also pleaded “no contest” to the charges involving the second student.

Is There a Constitutional “Right to Intimacy”?

Normally, Ramirez’s guilty plea would have been the end of the matter and everyone could begin to move on. But this case has sparked some interesting collateral litigation that will bear watching.

Perhaps the most far-reaching is Ramirez’s claim that the prosecution against her is illegal. She was charged under Texas Penal Code Ann. § 21.12, which prohibits “sexual contact, sexual intercourse, or deviate sexual intercourse with a person who is enrolled in a public or private primary or secondary school at which the employee works and who is not the employee’s spouse.” Her attorneys, Christopher Gale and Amie Pratt, filed a motion to dismiss the charges, arguing that the state statute is overly broad and violated Ramirez’s right to privacy and freedom of association. Among other things, they pointed out that the male student was 17 and thus above the age of consent in Texas, and also was not a student in any of Ramirez’s classes at the time the incident occurred.

Pratt and Gale believe their challenge to the Texas statute was bolstered by the U.S. Supreme Court’s decision in Obergefell v. Hodges, the 2015 decision in which the Court struck down state laws defining marriage as solely between one man and one woman. In its opinion, the Court used expansive language about intimacy:

Under the Due Process Clause of the Fourteenth Amendment, no State shall “deprive any person of life, liberty, or property, without due process of law.” The fundamental liberties protected by this Clause include most of the rights enumerated in the Bill of Rights. See Duncan v. Louisiana, 391 U. S. 145 –149 (1968). In addition these liberties extend to certain personal choices central to individual dignity and autonomy, including intimate choices that define personal identity and beliefs. See, e.g., Eisenstadt v. Baird, 405 U. S. 438, 453 (1972) ; Griswold v. Connecticut, 381 U. S. 479 –486 (1965). [Emphasis added]

It remains to be seen whether the decision to have sex with a 17-year-old student at the high school at which one teaches falls within the “intimate choices that define identity and belief.” That may be something of a stretch, insofar as there is no Texas statute that discriminates against the ability of Ramirez to have sex with non-students. And as the prosecutors argued in response, the state of Texas can credibly claim a rational basis for adopting a law that prohibits educators from sleeping with students, even if those students are otherwise legally capable of consent.

Following the District Court’s denial of the motion to dismiss, Gale and Pratt filed a notice of appeal on the constitutionality claim. The appeal is still pending.

In addition to the constitutional challenge, Ramirez and her attorneys have also filed two civil actions. The first was filed against the mother of the student, alleging that she defamed Ramirez when she told member of the media “that Ramirez has had sex with students other than her son, that Ramirez is a sexual predator of children, and that Ramirez had sex with her son.”

In her complaint, Ramirez says that those statements by the mother are false and that they “injured Plaintiff’s reputation and expose her to public hatred, contempt, ridicule, and financial injury, and impeached her honesty and integrity.” Ramirez seeks damages for losing a position as a jiu-jitsu instructor and for the “severe emotional distress” resulting from the mother’s reckless statements.

Following Ramirez’s guilty plea, it is fair to say that at least one of the mother’s statements is demonstrably true (i.e., that Ramirez slept with her son), particularly given the allegations in the second lawsuit. As for the other statements, time (or the court/jury) will tell.

The second piece of litigation raises more interesting questions. Just two weeks ago, Ramirez filed a civil lawsuit against the student, claiming that he recorded their consensual sexual activity without her knowledge and without her permission. The Complaint goes on to add that he then “disseminated the video to numerous people and caused the video to be posted on You Tube [sic].” The Complaint does not specify whether the student posted the video online himself or whether one of the other recipients did so. Ramirez seeks damages for invasion of privacy and intentional infliction of emotional distress.

Last fall, Attorneys Gale and Pratt asked why charges were not brought against the student for illicitly recording Ramirez engaged in sex and disseminating video. Assuming for the moment that Ramirez did not consent, the student’s conduct would appear to violate Texas Penal Code Ann. § 21.16, which prohibits among other things the disclosure of “visual material depicting another person with the person’s intimate parts exposed or engaged in sexual conduct.” At the time, Prosecutor Mark Skurka said that there wasn’t sufficient information to bring charges against the student.

It is worth noting in passing that the student, by his own admission, created sexually explicit content of a minor (i.e., himself) and could face prosecution under federal law for the production, possession, and distribution of child pornography (all separate crimes). There is no indication, however, that there is any likelihood that such charges will be brought.

It seems to me that this second lawsuit presents more credible claims than the one against the mother, which is not to say that it will be an easy case to prove. Any chance for recovery by Ramirez will hinge on her persuading a judge or jury that she did not consent, which will be a classic she said/he said evidentiary battle. I am curious to see how the case turns out.

Cameras Are Everywhere: How often do people need to be reminded? It is reasonable to assume that nearly every person with whom you interact is carrying a camera, and is capable of taking and distributing photos and videos to a global audience. Act accordingly.

Know the Person with Whom You Have Sex: Let’s assume for the moment that Ramirez did not consent to the creation of a sex video. She undoubtedly assumed, given what was taking place, that it would not be recorded. However, that assumption requires a certain knowledge of and trust in the other individual involved. If Ramirez was unaware of the recording, then at the very least she did not know the student well enough to establish rules of behavior for their tryst (a trap into which many, many celebrities have fallen).