“After School” App: Yet Another Reason for Parents to Check Their Kids’ Phones 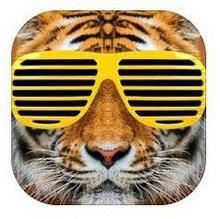 Parents love to complain about how much more challenging it is for them to parent than it was for THEIR parents, or frankly, any preceding generation in human history. But you have to feel some sympathy for the parents of millennials (let alone those dealing with the Generation Zers).

As Steve Jobs said in 2007 when he introduced the iPhone, “Every once in a while, a revolutionary product comes along that changes everything.” If anything, he understated the iPhone’s impact. No previous generation of parents has had to deal with the massive social changes wrought by mobile devices. And more than anything else, it is the sheer pace of digital life that confounds parents. In six short years, developers have uploaded 1.5 million different apps to the iTunes App Store (just behind the 1.6 million available for Android in Google Play). As we know all too well, a large number of those apps can be repurposed by children for use in a variety of different anti-social or unwise behaviors, including cyberbullying, cyberharassment, identity theft, sexting, and so on.

“After School” App Earns a Time-Out

The most recent app to pose problems for schools and parents is the “After School” app, a product of the Ambient Corporation. The app was originally launched in October 2014, and is specifically designed to allow students at a particular school to post and respond to anonymous messages from students at the same school. The company requires prospective users to provide a link to an active Facebook account before allowing access; “We use your friends, education, and location information,” the company’s FAQ says, “to verify that you actually go to the school that you claim you do.”

As with all of these apps, the claim of anonymity is limited by technical and legal realities. While the After School app doesn’t publicly link the name of users to their messages, the company does keep track of various identifying information and will respond to a law enforcement subpoena if required. The following from the After School Privacy Policy is informative:

While we make it difficult to do so, it is still technically possible for us to connect your Posts with your email address, phone number, or other personal data you have provided to us. This means that if a court asks us to disclose your identity, we may be compelled to do so. If we do happen to receive a subpoena or court order requesting that we disclose your information, we will attempt contact you if reasonably feasible before we disclose any information to give you time to fight the subpoena in court. In the United States, you may be able to fight the subpoena on the basis that it violates your First Amendment right to speak anonymously.

Almost immediately after its release, the After School app was cited by school administrators, parents, and even students as a source of cyberbullying and online abuse. Within weeks, the app was abruptly pulled from the iTunes App store.

The app was allowed to relaunch in April 2015 after the company added various safeguards designed to eliminate the misbehavior. For instance, the company said that all posts are reviewed by a human prior to posting in the app. The company also partnered with suicide prevention organizations to identify and address threats of self-harm, and it uses language-recognition software to block messages with potentially hurtful content.

The app also now has a 17+ rating, which is defined by Apple as follows:

May contain frequent and intense offensive language, excessive cartoon, fantasy, or realistic violence, frequent and intense mature, horror, suggestive themes, sexual content, nudity, alcohol, and drugs, or a combination of any of these factors which are restricted to adults aged 17 or over. No one aged 16 and under is allowed to purchase an app rated 17+.

The app earned the rating because many users upload content to the app that falls within various regulated categories, including sexual content, nudity, alcohol and drug use, and so on. Users can only access such content, however, by sending a scan of their driver’s license to the company to demonstrate that they are over 17.

Whether the rating is effective in blocking underage access is a matter of debate. Parents can use Apple’s parental controls (known as “Restrictions”) to control the ability of their children to download certain types of content (you can read instructions here or here). However, if restrictions are not in place, there are no practical means of preventing someone under the age of 17 from downloading the After School app. This is implicitly acknowledged in the company’s own Terms of Service, in which it states: “Don’t … [c]reate an account or post any content if you are not over 13 years of age[.]”

In theory, someone under the age of 13 would not have a valid Facebook account to use in the sign-up process for the After School app but that, of course, is a mere speed-bump for most kids as they accelerate onto the information highway.

Notwithstanding the safety measures put in place by the app developers, After School is still being used inappropriately. In Dallas, school administrators sent a warning to parents about the app, which students said had been used to post “horrible, untrue things” and to conduct online polls on which students were “ugliest, fattest, sluttiest,” etc.

In Oregon, one student used After School to tell another to kill herself. Another student attracted the attention of administrators and local police when he posted a message in one school’s feed that read: “I wouldn’t go to school tomorrow [three smiley faces].” Reporters for KTVZ in central Oregon found that the app was being used by students at nearly every area high school and most middle schools (despite the age limit).

Just two days ago, a student at Quaboag Regional Middle High School posted a threat on the After School app that led to two-thirds of the student body staying home. The threat also sparked searches of everyone entering the high school and increased police presence at other nearby schools. 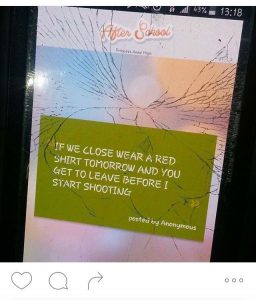 And just yesterday, a student saw and reported a threatening message posted on After School to the Princess Anne High School community in Maryland. While police quickly reassured the community that they do not believe the threat is credible, such events are obviously upsetting and disturbing.

Clearly, After School has not solved its misuse problems. Left unanswered for another day is whether this app, or any app so conceived, can long endure without being turned to mischief and harm. It underscores a question of overarching importance to the Internet: is the value of anonymity outweighed by the damage that can be done?

That is a question for another day. In the interim, parents and educators need to address the immediate issues raised by apps like After School. The proper use of apps like this should be a basic element of digital citizenship curricula. On a more informal basis, parents and educators can have some useful discussions with children and students about the risks of these apps. Here are some conversation-starters:

To paraphrase the hoary and oft-misattributed saying, “eternal vigilance is the price of parenting.”