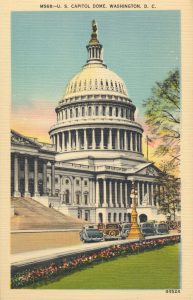 One of the concerns that I expressed in that post is that the terminology we currently use does not adequately describe situations in which an individual uses the marvelous technological tools available today to expose his or her target to humiliation, embarrassment, fear, and the threat of sexual assault. The term “electronic sexual assault” does a better job of describing such behavior and helps to underscore the seriousness of the offense. A recent case arising out of Indiana helps illustrate the point.

Last February, the Columbus (IN) Police Department conducted an early morning raid of a home on Franklin Street, on the western edge of the city’s downtown. Information uncovered in the search led to the arrest of Adam J. Helton, 21, in the city of Greenwood (located just south of Indianapolis).

“During the course of the year-long investigation,” the police press report said, “detectives determined that Helton allegedly assumed the identity of other users on a social media website to have inappropriate communications with minors via the internet.”

Additional information regarding Helton’s actions was disclosed at a sentencing hearing on November 12 in Columbus. Two female victims (one 22, the other 18) told Bartholomew Circuit Judge Stephen Heimann that Helton had used software to digitally paste images of their heads onto the bodies of other women. He then posted the images “on up to a dozen adult- and sex-themed websites.”

Along with the images, Helton posted text to make it appear that the women themselves had uploaded the photos, and that it was their sexual fantasy to be kidnapped and raped. Investigators found numerous comments on the sites from individuals offering to do just that, with some claiming that they had purchased plane tickets to IN. The younger victim testified that three sex toys were delivered to her home. Both women said that as they learned what had been done to them, they lived in fear that they would be seized and assaulted.

In January, the mother of the younger victim called police to tell them that in the summer of 2014, her daughter was told that someone created a fake Facebook page with her name and photograph. The young woman was also told that her real name and address had been posted to various pornographic Web sites; on at least two occasions, unidentified males called her home asking to speak with her.

The young woman told Judge Heimann that the creator of the fake Facebook page sent her a message that said “I took one look at you and knew I wanted to hurt you.”

Investigators eventually discovered that the person who created that fake page had victimized a second person (the older victim). However, they were unable to use the IP addresses associated with the account activity to locate the suspect, since he apparently used masking software (probably TOR but possibly some other virtual private network). However, the police were able to establish an electronic dialogue with Helton using the younger victim’s real Facebook page. After a period of time, investigators persuaded Helton (who thought he was writing to the victim) to send a text message to her phone. That provided the police with enough information to identify and locate him. (There are, obviously, tools for masking phone numbers as well, but apparently Helton didn’t feel that was necessary.)

Helton was initially charged with “child solicitation and stalking, both Level 5 felonies, as well as two counts of identify deception as Level 6 felonies.” He ultimately agreed to a plead guilty to one count of stalking and one count of identity deception. If Judge Heimann accepts the plea deal, Helton could be sentenced up to 12 years in prison and face of fine of up to $20,000.

Prior to the sentencing hearing, Helton removed all but one of the sites he created with images of the victims. The judge said that he would defer sentencing until the final site was removed. Helton was ordered to remove the site under the supervision of the cybercrimes division of the Columbus Police Department.

Assuming the site removal is completed, the hearing will reconvene on Thursday, December 3.

The Need for a Federal Statute

In my opinion, there is no question that this case illustrates the need for an “electronic sexual assault” statute. I believe that such a statute would offer numerous benefits, most of which I outlined in my earlier post.

One of the questions to be answered is whether such a statute should be adopted at the state or federal level. Like child pornography, it’s not an either/or answer. It may well be appropriate for the individual states to adopt an electronic sexual assault statute, but I think the most effective approach is for the federal government to do so. The vast majority of these cases involve the use of interstate communications (the Internet) and often involve multiple and distant jurisdictions, both within the United States and abroad. In many instances, states are ill-equipped to investigate these cases, cope with the jurisdictional issues, or adequately punish perpetrators.

This is a national issue that deserves the attention and response of Congress.