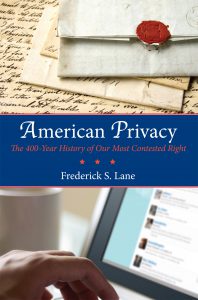 Over the last several months, MSNBC host Rachel Maddow has devoted large amounts of airtime to these burning questions: 1) Did the Russian government attempt to interfere in the United States presidential election in 2016 and if so, 2) did the campaign of Donald Trump actively collude with the Russians in that meddling?

I don’t know the answers to those questions, although I have my suspicions. What is clear, however, is that the debate over the legitimacy of the 2016 election is occurring at a time of renewed verbal (and in at least one instance, physical) assaults on the press.

The single most deadly virus that can be deployed against a free press is a loss of credibility. If the reports published by long-established news sources like The New York Times or The Washington Post are “fake,” then how do we know if anything is true? More specifically (and of far more importance to a serial liar), if everyone is “lying,” then his statements are just as credible as those of the media.

These long-running assaults on science and reason, chiefly perpetrated by those on the conservative end of the political spectrum, are an existential threat to us as a nation and (in the case of climate change) as a species.

I raise these points not so much to make a political argument as to underscore the importance of a segment that Maddow broadcast on Thursday, 6 July 2017, which I have embedded below. In it, Maddow discusses the show’s receipt of a potentially incendiary document regarding the alleged collusion between the Trump campaign and the Russians, a document she describes not so much as a “smoking gun” but one that is actively “shooting bullets.”

What follows is an outstanding primer on the process by which a careful news team attempts to verify the reliability and accuracy of a potentially explosive news item. It covers the fields of computer metadata, digital investigations, and printer steganography.

For those not familiar with the latter term, it may comes as a surprise to learn that virtually all (or perhaps ALL) commercial color laser printers embed nearly-invisible information (such as a pattern of light yellow dots) on each page they print. The embedded data typically includes the make and model of the printer, the printer serial number, and the date and time the page was printed.

In 2007, the Electronic Frontier Foundation began testing commercially available printers and noting whether or not they used steganography to embed such data. A decade later, EFF updated its page with the following stark comments [emphasis in the original]:

REMINDER: IT APPEARS LIKELY THAT ALL RECENT COMMERCIAL COLOR LASER PRINTERS PRINT SOME KIND OF FORENSIC TRACKING CODES, NOT NECESSARILY USING YELLOW DOTS. THIS IS TRUE WHETHER OR NOT THOSE CODES ARE VISIBLE TO THE EYE AND WHETHER OR NOT THE PRINTER MODELS ARE LISTED HERE. THIS ALSO INCLUDES THE PRINTERS THAT ARE LISTED HERE AS NOT PRODUCING YELLOW DOTS.

Needless to say, this raises significant privacy issues for everyone who uses a color printer. Under the right circumstances, the embedded data can provide powerful clues for investigators. In this case, the document received by Maddow purported to be a multi-page Top Secret memo from the National Security Agency similar to the one published by The Intercept in early June 2017. Reality Leigh Winner, the NSA contractor who provided the document to The Intercept, was actually arrested before the scoop was published, in part because of the embedded data on the pages she printed out. (The New York Times published a good overview of the digital investigation that led to her arrest and prosecution.)

Fortunately, what’s good for the goose is good for the gander. In the hands of careful and detail-oriented journalists, this same data can be a potentially valuable tool for assessing the credibility of anonymously-provided “evidence.” Kudows to Maddow and her team not only for their work but for this excellent explanation of its implications for journalism and for our nation.