A 38-year-old Texas middle school teacher is on administrative leave after being outed as an adult film performer in the early 2000s.

Until November 29, Resa Woodward taught science at the Young Woman’s STEAM Academy at Balch Springs Middle School, which is part of the Dallas Independent School District. She reportedly has been a teacher for fifteen years and recently received a Masters in Biology from Western Governors University. In an interview with The Dallas Morning News on January 31, Woodward said that she had received merit pay increases from the school district for two years in a row.

According to an internal report obtained by the Morning News, Woodward’s problems first arose in March 2016, when an anonymous tip was made to the district about her involvement in the adult film industry. The caller told the district that Woodward had worked under the name “Robyn Foster”; a quick search by the district’s human resources department revealed that a woman by that name was active in the industry between 2001 and 2004, and appeared in 15 or 16 productions during that time. (The Internet Adult Film Database also lists Foster as appearing in five compilation videos released between 2006 and 2016.) 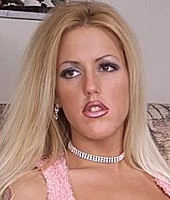 The district’s report said that Woodward initially denied the report but then conceded that she was Foster. She told the district that she had been forced to make the films by her partner (an older man) when they experienced financial problems. Woodward told the Morning News that school officials said that she could keep teaching so long as her past did not “become public.”

Anyone who has been reading this blog regularly knows where this is going. In her personal life, Woodward is very active in the Texas Libertarian Party, serving as state membership coordinator and a staff writer for The Libertarian Republic. (In those capacities and on Facebook, Woodward uses the name “Resa Willis.”)

Last fall, Woodward wrote a Facebook post about reporting an obviously drunk driver to local police. Libertarians are a notoriously prickly bunch and many strenuously object to police authority on general principles. A fellow Libertarian read her post and was so upset that Woodward had aided law enforcement that he wrote his own Facebook post describing Woodward’s past work in the adult industry.

Ethical Considerations: There is no specific prohibition against appearing in a pornographic video in the Texas Educators’ Code of Ethics (19 Tex. Admin. Code § 247.2) However, Standard 1.10 of the Code states that “The educator shall be of good moral character and be worthy to instruct or supervise the youth of this state.”

Similarly, the Model Code of Educator Ethics recently proposed the National Association of State Directors of Teacher Education and Certification (NASDTEC) has no specific prohibition about appearing in sexually explicit productions. Principle I.A.5 does state, however, that “The professional educator demonstrates responsibility to oneself as an ethical professional by … Refraining from professional or personal activity that may lead to reducing one’s effectiveness within the school community.”

Does Involvement in Pornography Disqualify Someone from Teaching? Many people, of course, object to pornography on moral grounds and do not believe that anyone who has ever been involved in the adult industry should be teaching their children. There are certainly numerous instances of school districts peremptorily firing educators when information like this is discovered.

Others, like the Dallas ISD, take a more measured approach and consider whether the educator’s past involvement diminishes his or her current effectiveness in the classroom. A district might reasonably conclude that there is a big difference between a teacher who was in an adult film 15 or 20 years earlier and one who is actively participating in sexually explicit productions.

The question that school administrators and school boards need to consider is whether the mere revelation of an adult film past somehow eliminates a good teacher’s effectiveness? Sure, it might be embarrassing for the teacher for a while, and hormone-addled teens will find it titillating (since there is no reliable method to deny them access), but is a good teacher’s influence really that fragile?

Impact of Rapid Social Changes: Seventeen years ago, I wrote about the rise of the online adult industry in Obscene Profits. One of the points that I made in that book is that technology was rapidly making it easy for anyone to star in their own amateur adult productions. Even then, communities were springing up on the Web to share homemade content and that, of course, was nearly a decade before the invention of the smartphone and the nude selfie phenomenon.

In the years to come, school districts will have to grapple with increasing numbers of educators who have participated in sexually explicit productions or who have shot nude photos of themselves. Obviously, teacher applicants are not going to staple copies of those images to their job applications, but neither are those materials likely to disappear from the Internet. (Just what part of Public and Permanent™ don’t they understand?)

School districts that refuse to acknowledge these shifting social mores will run the risk of losing well-qualified and well-liked educators.

Important Gender Issues: In any discussion of sexually-related issues in our society, it is important to acknowledge the significant gender discriminations that are at play. Woodward alleges that her film career was not entirely voluntary; while it may be difficult to prove or disprove that claim, the reality is that far too many women are psychologically or physically compelled to make sexually explicit content.

And as Woodward herself pointed out to the Morning News, her termination sends a mixed message to her students:

I taught in an all-girls STEAM academy that was all about empowerment for women. The sad thing is that if these girls find out that I’m being punished for something that I did nearly 20 years ago and had no control of and fought to get out of, well, what does that say about empowerment?

Women are also disproportionately the victims of online attacks, including emotional abuse, sustained trolling, and the type of doxxing that has upended Woodward’s career. It would not be unreasonable for a school district and its administrators to consider the sheer malevolence that is often shown towards women online.

Lastly, it is worth noting that women appear in the vast majority of nude or semi-nude images created using mobile devices. In a world where such images can be wielded as a weapon to harass women and threaten their careers, school districts should take particular care to examine each case carefully and focus on the educator’s ability to teach effectively.