Anthony Weiner Discovers Emotional Age of Twitter is About 8 (Again) 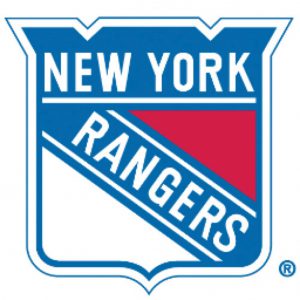 During Game 6 of the 2015 NHL Eastern Conference finals, a New York Rangers fan sent out a large number of tweets about the game. One the tweets, taken utterly out of context, might tickle the funny-bone of your average 8-year-old:

A million different people could have sent out that tweet, and no one would have noticed. But when you’re former U.S. Congressman Anthony Weiner, no such luck. Several of Weiner’s 25,000 Twitter followers posted snarky messages about his unintentional double entendre, ranging from “lol ru sure you don’t wanna rethink that one?” to “Wow. Classic Carlos Danger, amirite?” (For those with short memories, Carlos Danger was Weiner’s online persona during his forays into the wild side of Internet messaging.)

I showed everyone what your PP looks like. https://t.co/OVlX2igi3u

Back when the Weiner scandal first broke, I offered some advice for parents on the lessons it provided for them and their children.

This is truly micro-news of the first order, but it does raise legitimate issues. It is a reminder, once again, that everything on the Internet is “Public and Permanent.”

A closely related issue is the potential for redemption in the Internet era. The concept of forgiveness and cleansing of sin is embraced by most religions, and is an important aspect of communal living. Redemption often requires specific acts of attrition and atonement but it also arises from the erosion of memory and the layering of human experience that occurs over time. Those are not qualities well-suited to the Internet, where nuance and context typically are in short supply.

For Weiner the hockey fan, the acronym PP is a perfectly reasonable shorthand for a man advantage. But for Weiner the former text addict, it’s a painful reminder that Carlos Danger will live forever in the server farms of the Internet.

We need to think long and hard about whether the Internet is ushering in a world in which there is no parole and no pardon.