The panel’s decision came after hearing testimony from a student, “Pupil A,” that on a July 2015 flight home from a school field trip to the Large Hadron Collider in Switzerland, he and Wilson engaged in oral sex and intercourse in the plane’s bathroom. He told the panel that Wilson was “intoxicated” and that he had drunk “approximately five mini bottles of wine.”

While acknowledging that Wilson categorically denied the allegations, the panel concluded:

“The panel considered all of the evidence, and after hearing his oral evidence and having the opportunity to test it, preferred the evidence of Pupil A. The panel found Pupil A to be a credible, reliable witness.

In the months following the field trip, the relationship allegedly continued. The principle of the school caught wind of the rumored affair in September 2015 and confronted Wilson, who denied any inappropriate conduct with the student.

An investigation did not turn up any physical or digital evidence to corroborate the allegations. Pupil A testified to the disciplinary committee, however, that Wilson warned him to keep quiet and to delete any text messages the two exchanged.

A second investigation conducted by the principal a few months later was similarly inconclusive.

Things took a more serious turn in March 2016, however, when another student at the school — identified by the disciplinary panel as “Pupil C” — attempted to blackmail Wilson. He sent a series of emails to her, saying that he was aware of the relationship between Wilson and Pupil A and that he would expose her to the school unless she agreed to “engage in sexual conduct” with him.

Although the specific details are a little fuzzy, it appears that Pupil C made good on his threat. Emails describing a relationship between Wilson and Pupil A were sent to the school and to the Bristol Police. After a renewed investigation, Wilson was dismissed from her position and referred to the NCTL.

In the wake of the panel’s decision, the Bristol Police confirmed that they have opened “enquiries” into whether Wilson violated any criminal laws.

The statement issued by school following the NCTL decision is a model of conciseness and articulate drafting:

We unreservedly condemn Ms Wilson’s actions. Her conduct represents a shocking abuse of her position of trust as a teacher.
On discovering what had taken place, she was immediately suspended and we conducted a thorough investigation that resulted in her subsequent dismissal.
We then referred the case to the National College, who have prohibited her from teaching permanently. We welcome this decision.
None of the incidents described took place on school property. Sadly, no organisation can ever be entirely immune from the actions of a lone member of staff with dubious intentions and we remain vigilant.
The modern world presents risks and dangers to our young people that we are not complacent about.

Having studied educator misconduct cases for a number of years, I can state with some authority that it is relatively rare for for family members to offer a spirited defense of teachers who have been punished or struck off for having (or allegedly having) sex with students.

In an interview with The Telegraph two days ago, Wilson’s younger brother Jethro made it clear that he thinks the allegations against his sister are utter bollocks. His comments deserve to be quoted in full:

I know they made it up, because he blackmailed her. They made the story up and made it sound good. These teachers work hard all their life and go through years of courses and all it takes is one student to bring them down.
There’s no doubt about it – he had a crush on her. They were away on an educational school trip and she didn’t want anything to do with them, so they made stories up about her.
She’d already had enough of students giving her hassle because she was good looking. Good looking teachers get picked out by students and they get hard done by.
I couldn’t believe it, she told me this student was sending her pictures, which she turned around and sent to the school. He was sending her explicit images, and she told the school what happened.
She never had anything to drink on the plane, nothing went on. She never had any sexual relations with the student. I know her, it’s not like her, she would never do something like that.

Digital Data Is Durable but Not Indestructible. As someone who has worked as a computer forensics expert for nearly twenty years, I’ve repeatedly witnessed cases in which long-deleted data is recovered and used to convict someone of a crime (usually child pornography). It can be surprisingly difficult to actually delete digital information, particularly in this era of enormous hard drives and countless removable storage devices.

That being said, not all data is equally durable. Text messages, for instance, are among the least durable types of digital informations, for one simple reason: in the normal course of events, there are never more than two copies of a particular message in existence at any given time.

To the ongoing frustration of investigators, telecommunications companies do not keep copies of all of the text messages that flow through their servers. When someone sends a text message, a copy is stored in the sender’s phone and another copy is transmitted to the cellular company for delivery to the recipient. The message may be stored briefly in the cloud until the recipient is ready to receive it, but once the message is delivered, the cellular company deletes the copy on its servers (sometimes immediately, sometimes as long as five days later).

If, as apparently happened in this case, a sender and a recipient each delete their copy of a message, then the only possibility of recovering the message is through the use of cellular forensics. Such tools are increasingly sophisticated at retrieving deleted data but in general, the recovery of data from mobile devices is more difficult and generally less fruitful then similar recovery efforts on hard drives.

This case is a good illustration of how, even in an era of digital communications and forensic data recovery, it is still possible for a case to devolve into a classic “he said, she said” situation.

Digital Investigations by School Districts. This case starkly illustrates the challenges faced by school districts in any investigation of teacher misconduct. Increasingly, of course, most if not all of the evidence is contained on electronic devices. If the devices in question are ones provided by the district, then school officials have almost unlimited authority to examine those devices for potential evidence.

If the devices in question are the personal property of the teacher and/or the student(s), then the district has little or no right to demand access to them (although in the case of a student actually on school property, administrators have a little more leeway). Under those circumstances, a search warrant is required and law enforcement officials will not make that request unless there is probable cause that a crime has been committed. In general, a showing of “probable cause” requires more than water cooler gossip.

In the event that a district does get access to one or more mobile devices containing possible evidence, another significant issue arises: conducting an effective search without damaging potentially relevant data. Even a relatively routine examination of messages on a mobile device or files on a computer can result in the unintentional deletion or corruption of data. The risk is even greater if someone with little or no experience attempts to conduct a computer forensics exam.

If possible, the best solution for a district is to get the assistance of law enforcement, which has well-established procedures for the acquisition and examination of digital evidence. If that is not possible due to a lack of probable cause, then the next best solution is to hire someone trained in computer forensics or to retain the services of a computer forensics firm.

It seems unlikely in this case that the principal had any access to digital devices during his initial inquiries. (And to be fair, given Wilson’s adamant denials of any involvement with Pupil A, it is possible that no evidence would have been found on either her phone or the phone of the student.)

Could the School Have Prevented This? In its statement, the unnamed school attempted to relieve itself of responsibility through a literary shrug of the shoulders: “Sadly, no organisation can ever be entirely immune from the actions of a lone member of staff with dubious intentions and we remain vigilant.”

The school’s observation about the difficulty of preventing intentionally bad behavior is of course irrefutable. If a staff member or educator is purposefully predatory or maleficient — or merely experiencing a moment of shockingly bad judgment — then the best policies and procedures will do little to prevent the misconduct.

One can fairly question, however, whether the second part of the school’s statement is accurate. If the allegations regarding the plane flight are truthful, just how much vigilance was exercised by Wilson’s colleagues? (And if for some reason she was the only staff person on the flight, then that raises a whole host of other questions.) Similarly, were Wilson’s colleagues or the school administrators sufficiently vigilant on a day-to-day basis?

Are We Raising a Generation of Cybercriminals? Perhaps the most disturbing part of this incident is the fact that a second student attempted to blackmail Wilson over the alleged affair. 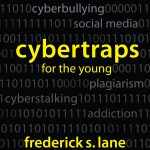 In 2011, when I published Cybertraps for the Young, I wrote a section about the emerging crime of “sextortion,” or blackmail for sexual purposes. What was remarkable then and remains so today is the fact that children are increasingly as capable of committing this crime as adults.

In most cases, the perpetrator and the intended victim are classmates or relatively close in age; this is one of the few cases that I have come across in which a student attempted to victimize a teacher. But given the “educational” material online (and in other types of mass media), I doubt that this will be the last time this happens.