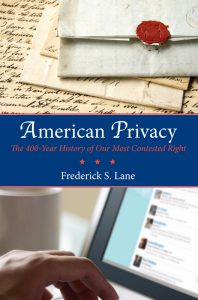 In general, the issues that I cover in this blog are fairly apolitical — there’s not a lot of difference between Republicans and Democrats when it comes to cyberbullying, cyberharrassment, or digital misconduct by educators. But when it comes to privacy and issues of national security, political divisions inevitably creep into the discussion.

The first Republican primary debate, held last night in Cleveland, OH, made it crystal clear that strong differences of opinion exist within the Republican party itself. One of the more notable exchanges of the evening took place between New Jersey governor Chris Christie (a former U.S. attorney) and Senator Rand Paul (R-KY), an outspoken opponent of warrantless government surveillance.

As the transcript of the debate makes perfectly clear, Christie and Paul (who have a history on this issue) didn’t pull their punches:

Governor Christie. You’ve said that Senator Paul’s opposition to the NSA’s collection of phone records has made the United States weaker and more vulnerable, even going so far as to say that he should be called before Congress to answer for it if we should be hit by another terrorist attack.

Do you really believe you can assign blame to Senator Paul just for opposing he bulk collection of people’s phone records in the event of a terrorist attack?

CHRISTIE: Yes, I do. And I’ll tell you why: because I’m the only person on this stage who’s actually filed applications under the Patriot Act, who has gone before the federal — the Foreign Intelligence Service court, who has prosecuted and investigated and jailed terrorists in this country after September 11th.

I was appointed U.S. attorney by President Bush on September 10th, 2001, and the world changed enormously the next day, and that happened in my state.

When you actually have to be responsible for doing this, you can do it, and we did it, for seven years in my office, respecting civil liberties and protecting the homeland.

And I will make no apologies, ever, for protecting the lives and the safety of the American people. We have to give more tools to our folks to be able to do that, not fewer, and then trust those people and oversee them to do it the right way. As president, that is exactly what I’ll do.

PAUL: Megyn, may I respond?

PAUL: May I respond?

CHRISTIE: And — and, Megyn? Megyn, that’s a — that, you know, that’s a completely ridiculous answer. “I want to collect more records from terrorists, but less records from other people.” How are you supposed to know, Megyn?

PAUL: Use the Fourth Amendment!

CHRISTIE: What are you supposed to…

PAUL: Use the Fourth Amendment!

CHRISTIE: …how are you supposed to — no, I’ll tell you how you, look…

PAUL: Get a warrant!

CHRISTIE: Let me tell you something, you go…

CHRISTIE: When you — you know, senator…

CHRISTIE: Listen, senator, you know, when you’re sitting in a subcommittee, just blowing hot air about this, you can say things like that.

When you’re responsible for protecting the lives of the American people, then what you need to do is to make sure…

PAUL: See, here’s the problem. CHRISTIE: …is to make sure that you use the system (ph) the way it’s supposed to work.

Every time you did a case, you got a warrant from a judge. I’m talking about searches without warrants…

CHRISTIE: There is no…

PAUL: …indiscriminately, of all Americans’ records, and that’s what I fought to end.

CHRISTIE: …and while still putting our country at risk.

KELLY: Alright, we’ve gotta cut it off there.

We have plenty more we want to get to. That was an interesting exchange, thank you for that.

In the midst of a lot of vague political promises and dubious facts, it was enormously gratifying to hear Senator Paul correctly identify one of the most important issues in the American Revolution. To be perfectly precise, however, the Fourth Amendment was not the “spark” that led to the War of Independence, since it wasn’t written until six years after the end of the Revolution.

However, Senator Paul is correct that the underlying fundamental principle — the right of then-British citizens to be free from unreasonable search and seizure under much-hated general writs of assistance — was in fact one of the driving forces of colonial resistance to the British Crown. The actual “spark” to which Adams referred was a stirring speech by attorney James Otis, Jr., who represented the Boston merchants who were challenging the writs. The defendant in the lawsuit was Charles Paxton, the surveyor and searcher for the Port of Boston. Here’s my description in Chapter One of American Privacy, in which I described the scene that so captured Adam’s imagination:

When the hearing on Paxton’s case was held at the State House in Boston (the fully restored building still stands at the intersection of Washington and State streets), it attracted a large crowd of lawyers and citizens from Boston and the surrounding communities. One of the people in attendance was twenty-five-year-old John Adams, who had recently been admitted to the Massachusetts bar. Adams was clearly captivated by the argument of James Otis, who delivered a five-hour oration against the writs of assistance, a speech that Adams later described as a “flame of fire.” When the case had originally been filed, Otis had been serving as advocate general for the colony’s British governor, but he refused to defend the issuance of the writs. Otis denounced his office and volunteered to argue the merchants’ case for free. “And I argue it with the greater pleasure,” Otis told the court, “as it it is in favor of British liberty, at a time when we hear the greatest monarch on earth declaring from his throne that he glories in the name of Britain, and that the privileges of his people are dearer to him than the most valuable prerogatives of his crown.”

I would be flattered to find out that Senator Paul (or someone on his staff) had taken the time to read my book. Certainly, I think he would find it interesting and that it contains much with which he would agree. To be clear, there are not many other issues on which Senator Paul and I agree, but the need to limit warrantless searches (if not abolish them altogether) is certainly one. I do believe that federal agencies can adequately protect the contrary while still operating under appropriate judicial oversight; more importantly, I think that the damage imposed by widespread and indiscriminate use of warrantless searches is ultimately more destructive to our civil liberties and to our nation than the physical harm caused by terrorist attacks.

The profound challenge in these difficult times is to not lose sight of the values on which our country is based. In the digital age, virtually every search runs the risk of becoming a “general writ,” and Senator Paul should be congratulated for his attempts to place reasonable limits on the awesome power of government to collect and store our data without the issuance of a warrant “upon probable cause supported by oath or affirmation, and particularly describing the place to be searched, and the persons or things to be seized.”

We should not legislate out of fear, nor govern with suspicion.