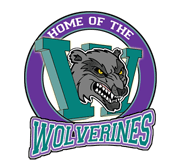 Some visual aids aren’t meant for the classroom.

According to the warrant application,

Local news station WTKR reported that Kidd was placed on administrative leave by the school district immediately after being notified of the investigation. She resigned from her teaching position on April 17.

The warrant states that the investigation is related to the crime of “Indecent Liberties w/ Child by Person in a Supervisory Role.” However, no charges have yet been filed against Kidd.

The May 18 search warrant application asked for court approval of a second forensics exam of Kidd’s phone. An initial data extraction was completed on April 29, but according to the application, “it did garner all of the contents of the above listed phone.”

This time, the affidavit states, “[a]n alternative extraction procedure will be utilized to obtain the evidence for the criminal investigation.” The list of potentially recoverable information should be sobering to anyone who uses a smartphone: