Most “Educational” Apps the Equivalent of Sugared Cereal, Researchers Suggest

A team of researchers has published a paper in the journal Psychological Science in the Public Interest in which they argue that the vast majority of the so-called educational apps available today are the mental equivalent of junk food. The report, entitled “Putting Education in ‘Educational’ Apps: Lessons From the Science of Learning,” is available for free online.

The lead author on the report, Temple University professor Dr. Kathy Hirsh-Pasek, has written extensively on early child learning. In January 2014, she co-authored an article on Huffington Post entitled “Active, Engaged, Meaningful and Interactive: Putting the ‘Education’ Back in Educational Apps, in which she argued that “Humans learn best in active, engaged, meaningful, and interactive contexts. Whether the platform is digital or traditional, electronic or paper, the results are the same.”

The principles she enunciated for effective education are drawn from a relatively new interdisciplinary field called “the science of learning.” As she and her team explain in the Psychological Science paper, the “science of learning” is built upon four pillars that can and should be used to evaluate existing educational apps for children, and to guide future app development: 1) Active learning; 2) Engagement in the learning process; 3) Meaningful learning; and 4) Social interactions.

Not surprisingly, determining the specific criteria by which to gauge whether an app implements one or more of these pillars is complicated. For instance, here are some questions to ask about whether an app offers “meaningful learning”:

How can an app be assessed for something as complex and unobservable as “meaning”? A reasonable proxy might be to consider the quantity and quality of connections between the app experience and the wider circles of a child’s life. For example, one might ask: Does the app ask the child to go beyond rote learning? Does the app experience tap into the child’s personal history, activate prior knowledge of a subject, or build a rich narrative? Does it extend important interpersonal experiences with parents, siblings, or peers? How does it connect to the child’s role in his or her school community and, ultimately, to related domains of knowledge, such as science, mathematics, or history? 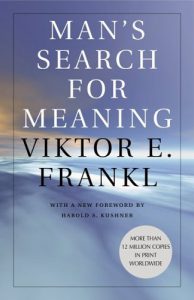 For most of the parents of young children I know, thinking about whether a 99-cent app will offer “meaningful learning” to their child falls well below whether the app will make it possible for them to make dinner, do laundry, or maybe actually take a shower. Still, Hirsh-Pasek and her colleagues urge parents to think carefully about the media that they are giving their children, particularly those that are very young. (And for those who do have a little extra time on their hands to ponder these issues, I strongly recommend Viktor Frankl’s book, Man’s Search for Meaning.)

The Psychological Science paper contains an extensive discussion of the intellectual underpinnings of each of the four pillars of the science of learning, but for parents, the core criteria for judging apps can be boiled down to a relatively simple checklist:

The sheer quantity of apps and the high-pressure sales tactics employed by “educational” app companies can be daunting for time-pressured parents. As Hirsh-Pasek and her team note, however:

Technology is rapidly changing the nature of adults’ day-to-day and even minute-to-minute experiences. We have not begun to understand the impact of the app explosion on our economy and society. While this sweeping change has had significant effects on the daily lives of adults, its ultimate impact may be even more significant for the children, toddlers, and even infants for whom apps are designed and marketed.

Until we better understand the impact of these new devices on our youngsters, parents and educators should think as long and as carefully about the media their children and students are consuming as they do about the food they put in front of them.