Is This the Face of Jesus as a Young Boy? 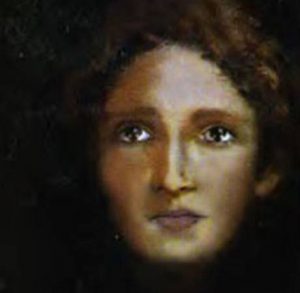 This is not, strictly speaking, The Greatest Story Ever Told about computer forensics, but it is interesting nonetheless.

Last month, the famous Shroud of Turin was put on public display for the first time in the Cathedral of St. John the Baptist in Turin, Italy. (If you are interested in seeing it in person, there’s still time: the Shroud will be on display until June 24, 2015.)

The Shroud is famous, of course, because it believed by many to be the burial shroud of Jesus of Nazareth. It has become an object of veneration because the linen cloth bears the faint image of a man with wounds that appear to indicate that he had been crucified. A fierce debate has raged for decades over the authenticity of the Shroud and its implications; carbon-dating tests in 1998 concluded that the cloth itself dates from the Medieval period, but believers reject the findings, saying that the methodology of those tests was flawed.

To help celebrate the latest public display of the famous cloth, Italian computer forensics experts first made a negative of the image on the cloth. They then imported the negative into photo-processing software as a positive image, and then used reverse-aging techniques to approximate what the adult figure might have looked like as a child.

This is basically the same technique (but in reverse) that is used by computer forensics labs to estimate the appearance of children that have been missing for a number of years.